This is how you stop your dog from barking at night 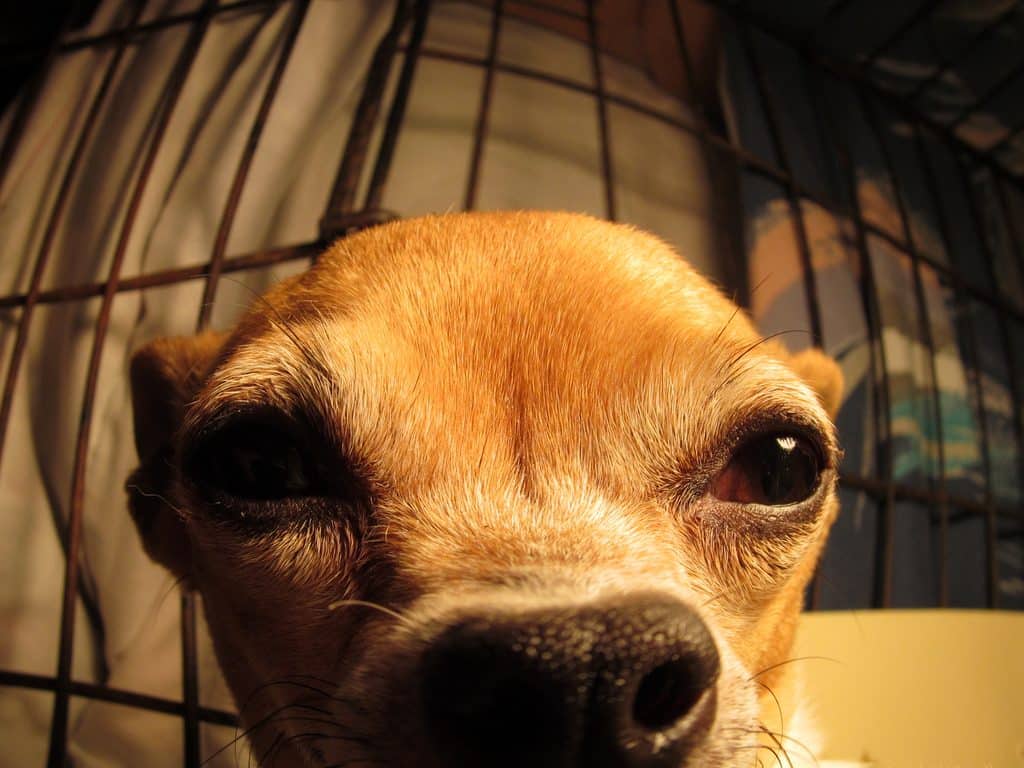 It’s bedtime, you’ve just snuggled under the covers, turned off the lights, and turned off your phone. Time to sleep, but not for your pup. It’s just starting.

If you’re awake at night to your dog’s barking and howling, or worse, being woken up before the alarm clock goes off, you’re not alone. This is one of the most common folds in the dog-human relationship that has yet to be ironed out.

In many cases, this problem has a simple and often unintended cause: Without realizing it, you have been teaching your dog that barking and howling brings attention, be it during the day or in the middle of the night.

Why does my dog ​​bark at night?

Let’s start at the beginning. Where does that frustrating habit of waking you up at night come from? Dogs bark and howl for a variety of reasons: usually to warn the family of something or someone, because they are restless or afraid, or because they want attention.

But more often the problem has very simply one of the following causes:

Once you let your dog sleep in your bed, but later you revoked that privilege;
Your pup hasn’t been with you very long and hasn’t learned to sleep through the night;
You comforted your barking dog by going up to him and petting him, or you took him out of his crate.

The third option is the most dangerous for puppies. If your dog barks at night and you go to comfort him, you are teaching him that he can get your attention with barks and howls. And once he’s learned that, he won’t soon forget it.

How do you get your dog to stop barking at night?

So what now? There is a solution, but you will not like it. If you want your dog to stop barking and howling at night because he wants attention, you need to convince him that that is NOT getting your attention.

You have to show your dog that he is not getting anywhere with all that barking and whining. In other words, if you want to fix this problem, you should completely ignore it.
It is crucial to not To respond: don’t approach your dog, comfort him with sweet nothings, and don’t yell at him, just let him sit where he is.

Even if you comfort your dog just once, you give him reason to think that barking can get him what he wants. And if he gets what he wants every now and then, he has no reason to change his behavior.

If you don’t reward your dog with attention for his nocturnal barking and whining, the whole reason will disappear; the behavior will eventually stop because with this strategy he won’t get your attention anyway.

This is of course easier said than done. If you’re trying to get your dog to stop barking at night, you’re going to have a sort of final upswing at first, where the barking will actually get worse. After all, the dog is desperately trying to apply a strategy that worked before.

Of course, that also means that it will be at the expense of your night’s sleep for a while. Don’t make it too hard on yourself; put in earplugs and take care of background noise, such as quiet music or white noise.

It certainly doesn’t hurt to make your dog’s place as comfortable as possible: turn on classical music or give your puppy a DAP necklace of diffuser.

Does your dog bark at night in the crate?

If there is not a very good reason to lock your dog in another room, a run or a crate at night (for example because your puppy still bites everything), there is nothing wrong with having him in your bedroom. or even let you sleep in your bed.

Your dog won’t develop bad habits or separation anxiety from sleeping in your bed.

Couple of studies even indicate on that your own night’s sleep improves if your dog is allowed to sleep with you, and not just because you’re probably less bothered by barking or whining.

Sometimes the simplest solution is something you’ve always wanted to do: snuggle in bed with your dog next to you.