Do dogs have emotions? And what emotions are those? 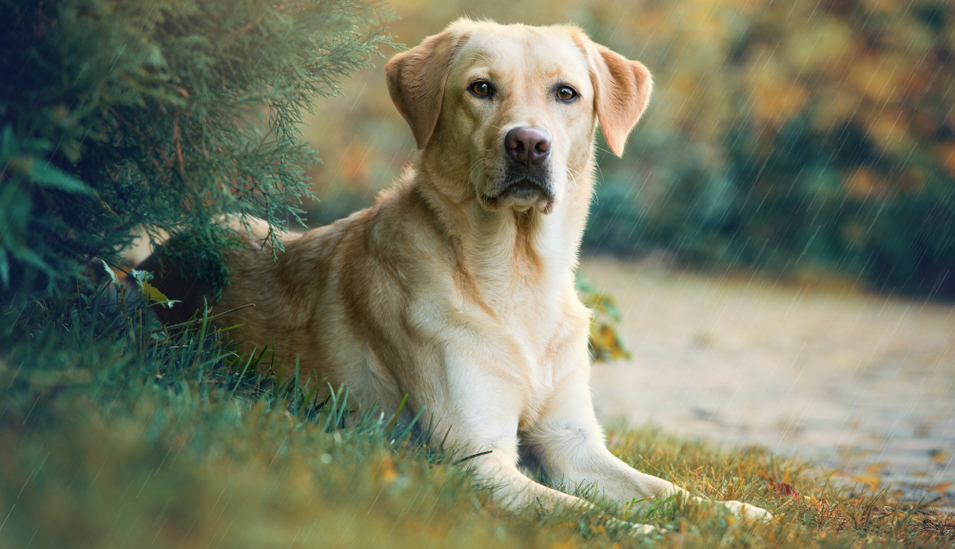 Do dogs have emotions? This is an interesting question, with most dog owners immediately exclaiming “yes, of course, my dog ​​has emotions!”. My dog ​​is happy when I come home, he gets angry when the neighbor’s dog is barking behind the fence and he is afraid of fireworks.

But did you know that for a long time it was thought that dogs can’t feel emotions at all? Not even pain? And that it is still a difficult subject. Do dogs have or do not have emotions, and if so, what emotions are they? And why is this important to know?

So it is clear that dogs produce the same substances, so you can expect that they also feel emotions.

What emotions can your dog feel?

According to studies, dogs can feel the following emotions anyway;

More and more studies are being done on the behavior of dogs and their emotions. From “dogs feel nothing” to “happy”, “anger” and “fear” of the dog. It will all, but it’s a range of different emotions. And it may be that even more emotions can be added.

Often people tell what emotions they think are present in their dog. Unfortunately, we often miss the point here. Fear is often mistaken for anger and frustration for happiness. Why is it so hard for us to understand our dog’s emotions?

I think Lassie syndrome is a very big part of this. We see a dog on TV that carries out learned commands and through the story, we link emotions to it such as, “helpfulness” and “feeling of duty”.

Sometimes your own expectations also cloud the image you have of your dog. A common example of this is a dog who lunges out of insecurity while the owner wants to believe that his dog is protecting him.

What do dogs feel

I am convinced that dogs can flawlessly sense how you feel towards your dog. It’s always laughable when people tell you that a “dog trainer” has told them, “Just pretend you’re not scared.”

Such a trainer works with dogs and thinks that a dog doesn’t notice that you are pretending? I find that very special…
Another great example, someone who pretends to like your dog, when he actually doesn’t like him at all. He just wants to score points with you. And which dog owner likes someone who doesn’t like your dog…? But the nice thing is that your dog notices this immediately.

The harder that person tries with “good sweet dog, come on”… the more distance your dog takes.
Dogs are really, really good at reading and interpreting our body language. You really can’t just fool a dog.

In order to recognize and understand your dog’s emotions, it is very important that you have some knowledge of the dog language. It is also important to put your own feelings aside for a while. Just because you are afraid of something does not automatically mean that your dog is also afraid of it. Think of NIVEA (Do Not Fill Out For Another).

That we project our own emotions can be clearly seen in a well-known film. In it you saw a malamute/husky lying on a tombstone and he was “crying”. Millions of people joined in howling, because it was certainly a dog mourning its dear deceased owner. But what was actually going on? The dog had a bout of reverse sneezing. If someone had let the dog swallow for a while, it would have been over in no time.

So why is it important to know what your dog can and cannot feel? Do you have to take everything into account and also his emotions? Be careful not to hurt his feelings?

New. Just like with small children, sometimes a dog just needs to get something, like a shot at the vet, regardless of his feelings at the time. But outside of emergency situations, it can’t hurt to watch your dog a bit more. Just look honestly at your dog. If he doesn’t show fear, it isn’t there. Sometimes a person also sees what he wants to see and not what actually happens.

If you give your dog the choice to show how he feels, you will eventually get to know your dog much better. And you can change his behavior much better if necessary. So you can prevent problem behavior or solve it faster and easier, as long as you understand which underlying emotions play a role.

Why we misjudge emotions in dogs

So there are several reasons for this.
One is the so-called Lassie syndrome; we like to see heroism, devotion to duty, nobility towards us from our dog.
A second mistake we make is projecting our own emotions onto our dog (like in the movie where the dog “cryed” on the grave).

Another reason is the fact that we don’t bother to learn the language of our dogs. We don’t get much further than “when a dog wags its tail, it’s friendly” and “if it grows, it’s false” (and these statements aren’t quite right, by the way…). It is as if we only know 3 words of Russian, follow a lecture in Russian, and still say that we understand exactly what is being explained.

Understanding the body language of our dogs better is therefore a good tool to assess their emotions! 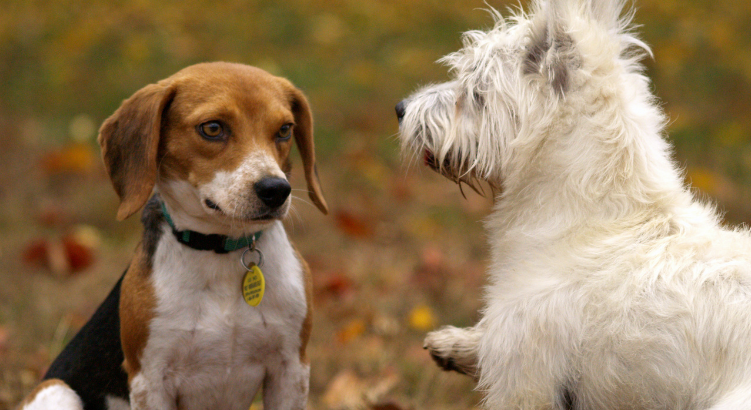 That is a good question. The basic emotions; fear, aggression, caring, and happiness are comparable. But in addition, we humans have a wide range of emotions that are less present or completely absent in animals. Some of the emotional developments go hand in hand with upbringing.

We, humans, learn certain norms and values ​​from the time we are children. If you didn’t give children a human education, there would be much less difference in the behavior of dogs or other animals and people. And the emotions of these people would also be much more primitive.

In modern culture, human emotions are also stimulated and magnified by the media. We humans think about our emotions, we work to control our emotions, and we sometimes pretend to feel something we don’t.

Love is, as it were, an increase in certain hormones, including oxytocin, and it occurs in both humans and dogs. When I look at a mother dog with her puppies, the first word that comes to mind is “loving”. In my opinion, true love also emerges in the relationship between a boss and his dog.

Don’t forget, with people, love is much more than just love for your partner. We also love our parents, our children, our friends and our animals. All love, but it’s all different. In people, the expectations of the environment sometimes also play a role. Can we love who we love?

The animals are very honest about that. “Pretend” is something dogs can’t do. Good thing, too!

Can a dog feel guilty?

No, not like we do.
A dog does not have the sense of “right” and “wrong” as we do. That you leave a sandwich unattended on the table and go to the toilet is clear language for a dog. You don’t want that sandwich anymore and he can eat it just fine. For a dog that is normal behavior and aimed at survival. Not to say “I’ll take your sandwich because I want to be in charge of you”.

It is not true that dogs are deliberately “naughty” to mainly bully you or to dominate you.
Of course, you can teach your dog not to take your sandwich from the table, but then he will not take it out of politeness, but because he has learned to.

A common situation of yelling “See, he knows he’s been naughty” is when the boss comes home. And yes, something has been broken again. Mind you, your dog is wrecking because his feelings fluctuate somewhere between panic, fear and frustration. And not to bully you. And no, the look of “guilt consciousness” is simply of fear.

Emotions as a cause of problem behavior

It used to be thought that animals have no emotions, it was even assumed for quite some time that animals do not feel pain. Fortunately, we now know that animals also have a great diversity of emotions.
Ask yourself more often “how is my dog ​​feeling?”. Could emotion be the reason for his behavior?

I have already explained above those emotions such as panic and fear are often a reason for scrapping when a dog is left alone. Your dog may bark a lot, not out of vigilance, but out of nervousness. Maybe peeing in your kitchen isn’t rebellion, it’s insecurity.