My dog ​​is disobedient 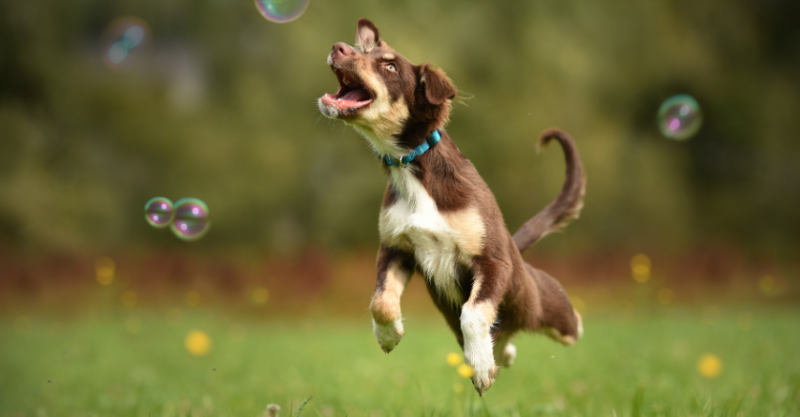 Does this seem familiar to you? Your dog doesn’t pay attention to what you say, he doesn’t listen. That can be very frustrating. Your dog looks at you with a face that in your imagination says ‘pfff… didn’t think so’. Or your dog just ignores you and really looks the other way. The more you try to make him listen, the less he pays attention to you.

Why isn’t your dog listening?

Have you ever stopped to think about that? There are a lot of different reasons why your dog is not doing what you would like. First, let’s take a look at the things most owners give as reasons for their dog’s disobedience!

Surprise! These are usually not the real reasons why your dog is not listening to you properly! Often disobedience has completely different causes… but the good news is that you as the owner can do everything you can to have a good listening dog!

It depends on the breed

Yes, some breeds are naturally more focused on their owner and are more likely to work with you as a result. It’s more ‘You ask, we run’. Working together (or being allowed to do something) is already enormously self-rewarding for these dogs.

And other breeds have been bred for very different purposes. Simply put, training a chow chow requires a little more knowledge and skills than training a labrador. Where you can have a labrador climb back into a tree for a cookie, a chow is more likely to teach you to climb a tree and eat the cookie….

That said, any animal can learn. You just have to be able to train that animal! Too often the breed is used as an ‘excuse’.

He is stubborn or stubborn

Yes… nice human terms. And I really understand what you mean by that. That your dog just doesn’t do what you ask. He doesn’t feel like it. I’ll give you an example.

An American bulldog, who really didn’t do a super simple ‘sitting’ exercise. She looked the boss in the eye, her ears moved when she said ‘sit’…. but this dog did not sit. Phew, the owner really tried everything, pressing the butt, holding a treat in front of the nose, but this dog wouldn’t sit down. “What a stubborn dog.” What do you think?

This dog turned out to have an abnormality in her back and knees that slowly but surely made sitting quite painful.

My dog ​​is dominant!

Ok… do you really think so? That your dog really consciously chooses not to sit/lie down/come when you say so and to be corrected for it and that somehow makes him the boss of you? Where is the logic in this story?

Suppose you have a new job. You have to… I know a lot… put filters in a washing machine. And you actually have no idea how to do it. So you don’t (because you might be waiting for an explanation, or you’re afraid of doing it wrong). Your boss comes by to see how things are going. Should he immediately think that you are after his position because you are not doing what he wants?

Well… this dog is a bit stupid

Hmmm… really? Yes, there are differences in the speed at which dogs learn. And where one dog can learn to lie down super fast, it takes another dog a month. Or two.

But perhaps in an exercise with jumping over an obstacle, it is exactly the other way around. Where the dog, struggling with lying down, understands within a minute that ‘hop’ means to jump, the fast lying learner stands in front of the hurdle and it really takes weeks before he can jump over it. Intelligence is different from obedience!

Why is your dog disobedient?

In puberty, you often see a form of disobedience. Then your dog does not listen because other stimuli from the environment come in stronger, the hormones are in the way, and your dog can be busy with groundbreaking behavior. Just like with human teenagers.

Maybe something else is going on…

Which trainer do I need for my dog?

Well… you have to be prepared to train and educate your dog yourself. Sure, the right advice is important, but you, as his boss, should be doing the job anyway.

Just like with diets; you can read the very best books with the very best salad recipes… but if after reading 2 chapters you order a pizza with extra cheese, salami, and bacon and for dessert, you swallow a whole cup of ice cream… no, then fall so you don’t.

What can you do to get your dog to listen to you?

Easy; go train your dog! Get to know your dog. Find out what he likes and likes. Go play with him. Start with simple exercises, such as attention, coming here, place… (pssst… we have the best online courses! Practice in your own time, at home or during walks).

Build a solid foundation with lots of rewards. Prevent unwanted behavior and especially unwanted behavior that is rewarded. Your dog really couldn’t become more obedient on its own, no matter how easy that would be!