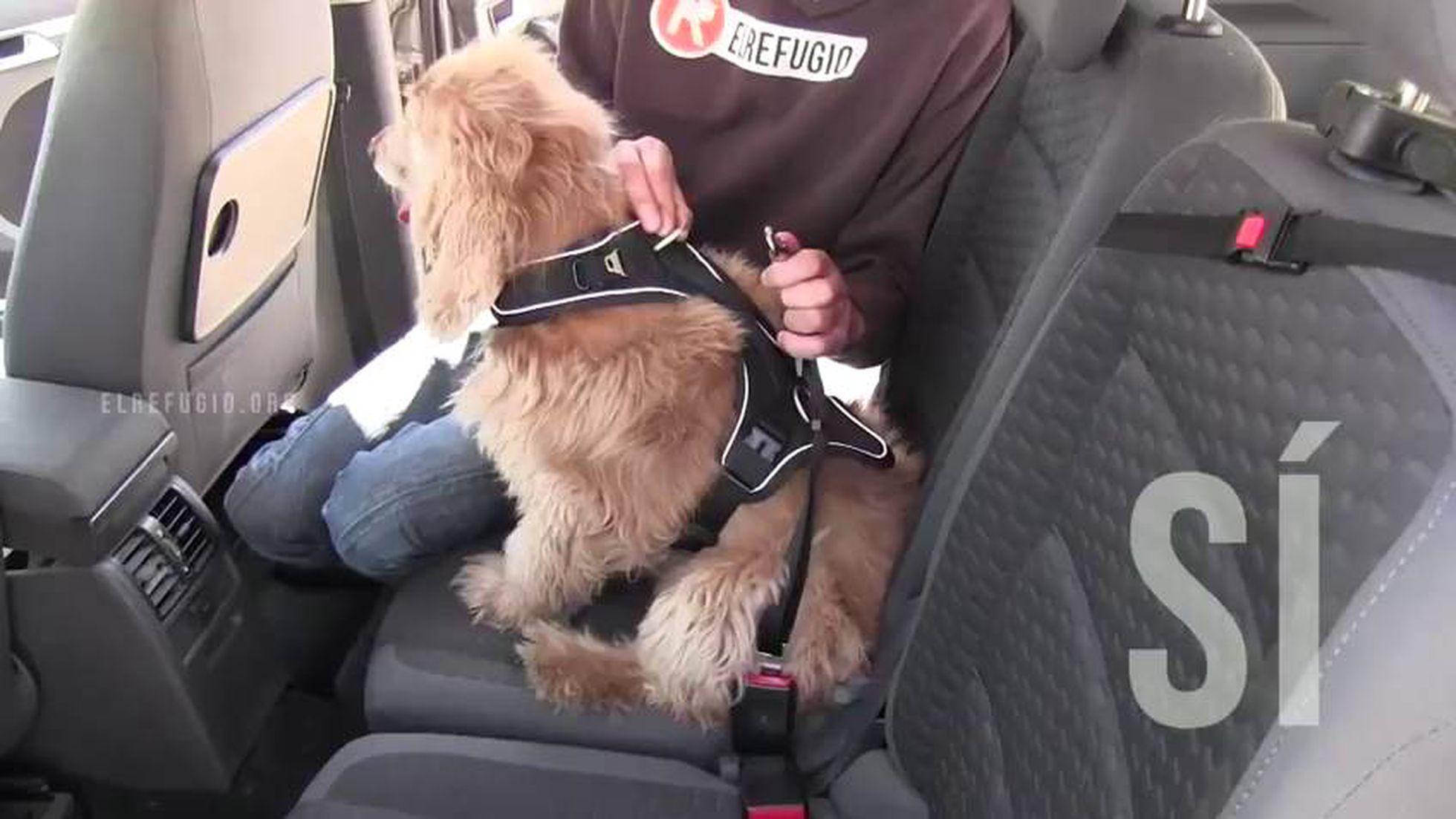 Probably the best way for your furry companion to travel with you on vacation is by car, for several reasons. The first is that, unfortunately, unless he is small, he cannot be with you on the train or plane. We don’t even talk about the bus, because they are only allowed in the luggage department, in the dark, and among the suitcases. But how can you go on vacation with him in complete safety? The data will surprise you. The protector El Refugio has produced a video that includes a decalogue with recommendations so that we all arrive happily at our destination.

What do I do if my dog ​​is big? You probably don’t know what is the most convenient. You must combine the dividing grid between the trunk and the rear seat with the carrier positioned transversely to the direction of travel. “It is the safest option,” says Nacho Paunero, president of El Refugio.

Is the separating grid not enough? It is true that the animal can move freely inside the trunk, but, as published by the General Directorate of Traffic (DGT) based on frontal crash tests at 50 kilometers per hour carried out by the RACE, in the event of a collision, our friend can be seriously injured.

Can you travel loose? No never. “It’s the golden rule,” says Paunero. Any sudden braking or movement can damage or damage us, as well as distract us and make driving difficult, according to the RACE, which indicates that the animal can climb on top of the driver or affect the mechanical systems (pedals, gear changes). “The worst possible scenario is that of the dog lying on the rear tray, behind the driver,” says the DGT. In the event of an accident, the animal would be thrown at the driver’s headrest. You and your dog would suffer very serious and even fatal injuries

And in the front seats? No, always in the rear and, attention, subject with a different harness than you think. “If the harness is a single hook, in the event of a collision the ring could break. The best thing to do is to use a double hitch, and fix it to the anchors of two seat belts ”, says Paunero. In this way, the dog would not roll over in the event of a collision and would not hit the front seats.

What if I decide to take you by a carrier? If your colleague likes to take naps inside his house, the way to take him is between the front and back seats in case he is small- “Never place him on the seat, holding him with the seat belt, it is not safe” says the president of El Refugio. In the impact tests carried out by the RACE and published by the DGT, it is seen that, in the event of a crash, “the carrier destroys the belt attachment points. Also, its upper part is broken. The animal suffers very serious injuries and the occupants of the vehicle bear significant loads ”.