Heat cycle in Dogs and symptoms 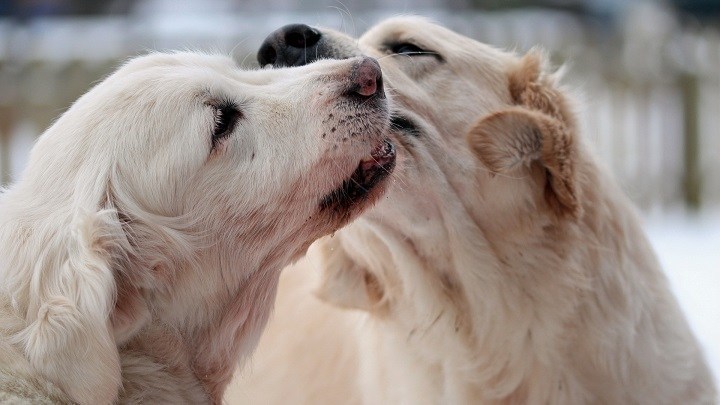 If you have a dog, surely you already know what we talk about when we deal with an interesting topic such as zeal in dogs, and when we say dogs, we mean dogs in general, both females as males. Surely nobody pays attention to the period of heat that males also suffer and that can lead to somewhat compromised and even dangerous situations.

How is heat in dogs

The dog in its stage of a puppy a maturation period begins both external, with changes such as size or weight and other internal changes, such as the improvement of their defenses or the maturation of certain organs such as the reproductive organs. This maturation of the sexual organs occurs both in males as in females, by the time these organs have matured and are ready for reproduction, It is when the stage of heat arrives. So in short, we can define heat as the stage in which the dog is ready for reproduction. Heat, as we have already said, occurs in both males and females, although they do not do it at the same speed.

The females develop earlier than males, so the urge to start their sexual activity usually appears between 6 and 24 months of life. Conversely, the males enjoy the ‘child’ stage more, being sexually mature around 2 or 3 years.

With the arrival of heat, the dog undergoes different changes, partly due to the hormonal load, that will be necessary to know how to recognize. Changes to psychological or behavioral level, where friendship can turn into enmity, aspects that we must recognize in order to intervene in time.

Females and males do not experience the heat period in the same way, but let’s not forget that both go through this process. At this point, we want to differentiate between heat in females and heat in males, perhaps the great unknown.

How long does Zeal in Bitches last?

The heat in females lasts approximately between 5 and 10 months, although each dog will have a menstrual cycle that does not have to last the same, as it happens with humans, the intervals can vary and the duration of the heat also.

The female dogs will be in heat throughout their lives. So a symptom that our dog suffers some type of dysfunction will be that her heart stops for a long time or quite the opposite, that her menstruation lasts a long time. more than 21 or 23 days. These symptoms should make you go to a vet, possibly delayed by age or perhaps due to insufficient nutrition or some kind of genetic problem. Whatever the problem, a solution can be found.

The exact rules do not exist, when we read that heat occurs every 6 months, it is false, each bitch carries her own cycle and different factors can influence it.

How long does the heat last depending on the breed?

The approximate duration of the zeal will be between 2 and 4 weeks or 23 days and they usually occur twice a year. As a recommendation, we will tell you that the best is to write down the dates both the beginning and the end of your dog’s heat because although as we have seen, it is not an exact science, it is true that you will be able to foresee the date of the next heat and also to control that there is no anomaly that should be consulted with the veterinarian.

Bitches during the period of heat, go through 4 fundamental stages and these are:

For a bitch to get pregnant, ride her it should be done between days 8 and 15 of each cycle, which are the days of ovulation, in the Estrus period.

When the bitches go into heat, you will notice different physical changes, of which we have already talked about some, as well as behavior, these symptoms are:

How long does the heat last in male dogs?

Male dogsThey spend this period of heat differently from that of females, they do not carry any type of cycle. The male’s heat begins as soon as they perceive in the air pheromones and odor particles that the females give off that if they are in heat.

For a male, the smell of female pheromones becomes irresistible, hypnotizing, and extremely intoxicating and it will be this smell that will push you to look for it. That is why it is very common to see a dog walking tied and a collection of males behind, waiting for her to accept it.

But when it comes to heat, both males and females undergo changes, they also transform, changing their character, these alterations can be:

Tips for treating dogs in heat

Obviously, the first piece of advice we can give you is sterilization, both in dogs and bitches. If you do not plan that your dog has puppies whether it is female or male, this is the best option.

We recommend you: Steps and requirements to adopt a dog

Tips to prevent your dog from being chased by males

In males, despite being neutered, they still have their noses in perfect condition and the aroma that previously seemed delicious has not changed and continues to seem irresistible, the difference is that now he does not have hormones that revolutionize him or make you aggressive, otherwise you will continue to want to meet that girl who exudes those delicious aromas.

When you know of the existence of a dog in heat, near your dog, try the following actions: