Fighting dogs, how dangerous can they?

Clapping jaws, broad jaws, fighting dogs… all names for dogs that are their passion and love for some and a terrifying animal for others that you walk around with a big bend.

Are fighting dogs cute stuffed animals that are just misunderstood, homicidal aggressors, or something in between?

What are fighting dogs?

In fact, fighting dogs are dogs that are used against each other in dogfights. The term ‘fighting dogs’ is therefore somewhat misleading. But even the media is guilty of naming ‘a fighting dog’ as the culprit in a biting incident that made headlines once again.

Or it is written that the attacker was a ‘pit bull’. In most cases, it is not a pit bull, nor a dog that has been used in dog fighting.

High-Risk dogs (or HR dogs) is a better collective term for this type of dog. Characteristic of an HR dog is that they are dogs that, when they bite, can cause great damage. This is because they have extremely strong jaws, often have a low bite threshold and because they do not like to let go of their prey. They are very determined to hold on to whatever they have. The risk of serious injuries is therefore high. 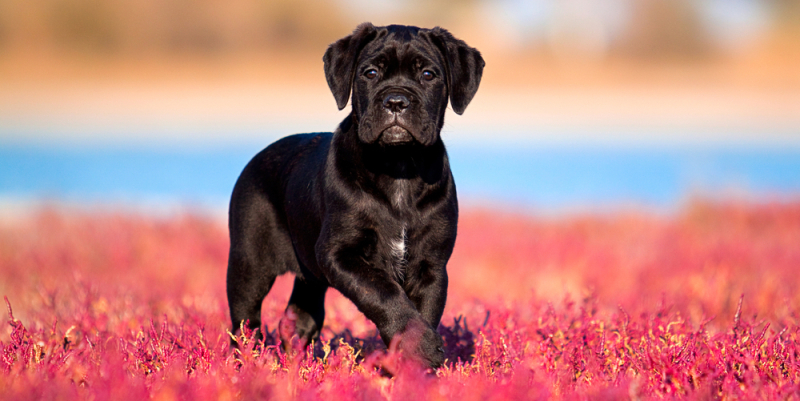 The question is, of course, how dangerous are these dogs. In the hands of a responsible owner, the danger is minimal. But in the hands of owners who don’t train the dogs, let them run loose, intimidate other dogs and protect their dogs from stray dogs, things can go terribly wrong.

Regardless of the race. Any dog ​​can bite. Out of self-preservation, out of hunting instinct, out of possession aggression or because the dog uses targeted aggression towards other dogs.

Who are they dangerous to?

The question is also to whom do these dogs pose a danger. Often the pit bulls, staffords and their crosses are less tolerant towards conspecifics, especially if they are of the same sex. In owtcharkas, aggression is more often directed at strangers in their territory.

The common complaint after a dog has bitten another dog, ‘he’ll get a kid’, is usually unfounded. Dogs that use aggression against other dogs can be very tolerant of children. 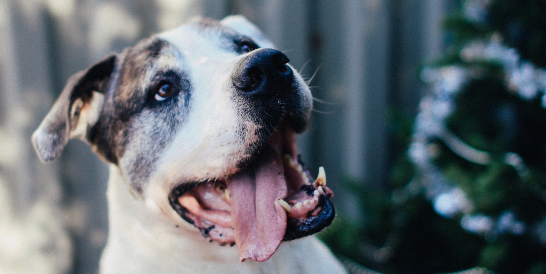 Every animal (including humans) has aggression in its behavioral repertoire. Everyone is capable of using aggression. Yes, really, everyone. But… one a little faster than the other. It can be innate or learned, and usually it’s a combination of the two.

When you look at the origin of the breeds on the HR list, think about what these breeds were originally bred for. For guarding (use of aggression with burglars is desirable!) or for fights, as in the past with other animals or people.

Do all broad mouths fight?

No of course not. There are plenty of ‘broad-billed’ who never fight in their lives. And there are plenty of dogs that have nothing to do with HR dogs but do like to fight. I think most terrier breeds would be on the HR list if they were a little bigger.

I have Malinois and I very regularly come across Malinois that have caused biting incidents. The HR list also includes a number of varieties whose presence I find very special. An example of this is a bullmastiff. But because the HR list also refers to crosses of these breeds, I can imagine something. 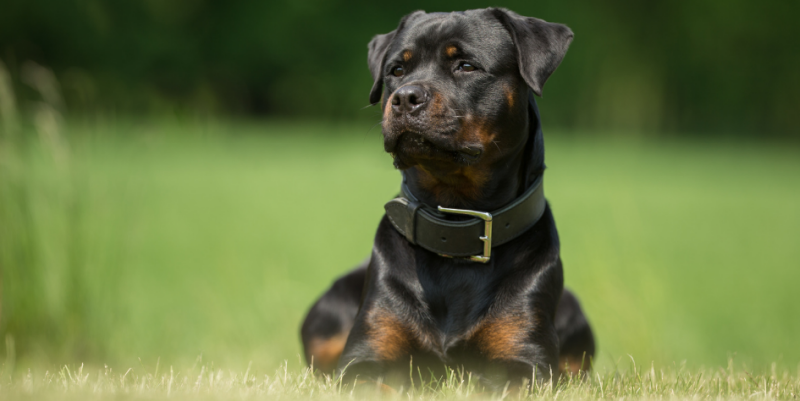 Is it just how you raise them?

Well… unfortunately, parenting doesn’t change the genetic material. So if you have a dog (whatever breed) that has genetically been given a low bite threshold, with a quick transition to aggression and a large head with very strong jaws, then you don’t change this with upbringing.

The expectation that education can solve everything in terms of behavior is just as realistic as expecting your Chihuahua to reach a height of 40 centimeters because you are raising him as a large dog. Of course upbringing plays a part, but that doesn’t work miracles.

With an owner with a sense of responsibility, the risk of biting incidents is much smaller. A responsible owner uses management, keeps their dog on a leash when there is a risk of accident and trains their dog to wear a muzzle.

These owners know that they have a dog with a very high bite force and are interested in dog behavior. Every dog ​​owner should know how to stop a dog fight, but this is especially true for owners of strong dogs. 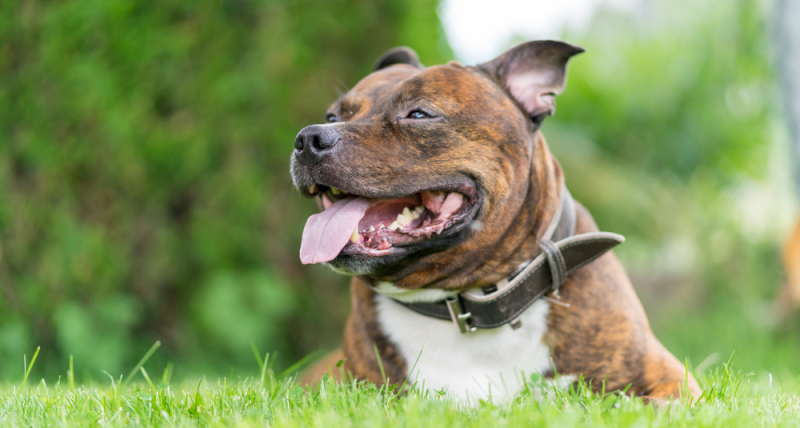 Because many people do not understand and know the body language of dogs very well, intervention is often too late. What owners sometimes see as ‘play’ is sometimes the run-up to a fight. Standing still, staring, closing the mouth and holding the tail up with a tight, fast wag, is often not recognized as a serious threat.

When the owner doesn’t recognize the signals, the attack seems to come ‘out of nowhere’…and the dog is labeled as ‘false’. Do you want to learn more about dog body language? We have an online course, Wag Class, for anyone who wants to improve their knowledge of dog behavior and dog language!

Is Aggression a Breed Trait?

Aggression towards people or animals is not a trait that is ‘mandatory’ for a particular breed. It is true that a certain breed is more likely to (for example) aggression towards intruders because dogs of that breed were originally chosen for breeding because they did their job very well as groundskeepers. But just as not every Scandinavian person has blonde hair and blue eyes, there are differences here too. Difference Between Purebred Dogs and Crossbreeds

With a purebred dog you have a little more predictability. If you buy a purebred American Stafford, say an 8 week old male, there is a very good chance that you will get a dog that is very sociable with people, but may become less tolerant of other males in adulthood.

If you buy a cross that looks like an amstaff… well, it can go either way. Perhaps this dog is a mix between a bully kuta, fila and a pinscher. Then what do you get? Hard to estimate.

Banning a number of dog breeds, as in the past in the RAD law, remains a hot topic. When another article appears about a biting incident, many people shout that ‘these dogs should be banned’. But then what?

What do the people buy who now walk with a stafford-rottweiler cross (as an example)? They really don’t buy a labrador. Because for them it’s about the ‘tough’. And with their next dog, they won’t suddenly be responsible if they aren’t now either. Is there no solution then?

Of course. I personally think that banning bread breeding and occasional breeding would be a very big step in the right direction. A good, responsible breeder of, for example, American Staffords, also selects the parents for character and will not sell the puppies to people who clearly have no experience in raising dogs.

The carefully bred dogs usually end up with a responsible owner and cause no problems.

Are you thinking of buying an HR dog?

Then buy a puppy from a responsible breeder. Take your dog seriously, learn about the origins of the breed. Do your work in education and training. Raising your puppy as socially as possible is never a bad thing!

Make sure you can keep your dog literally and figuratively. Avoid harsh methods of forcing your dog to listen. Pain stimuli often have a suppressive effect and subsequently increase aggression! 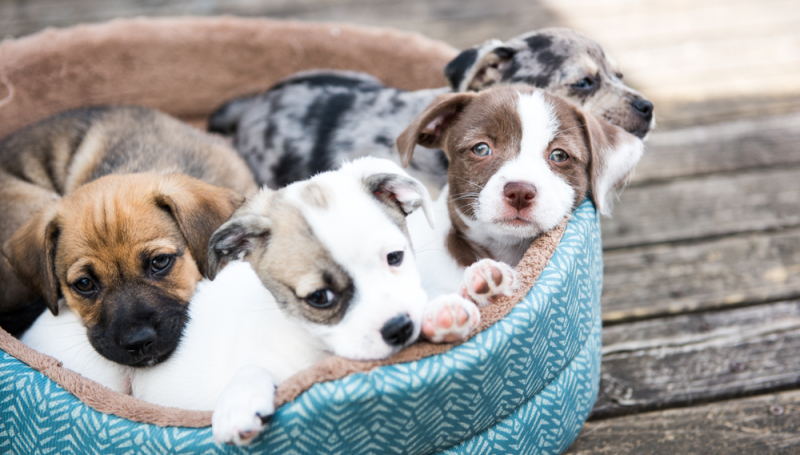 We wrote this blog to share as much knowledge as possible with dog owners. We want to make sure that as many dogs as possible get the best possible bond with their owners. Our mission is to increase dog welfare by sharing knowledge and bringing dog owners into contact with each other.