My dog ​​is hunting 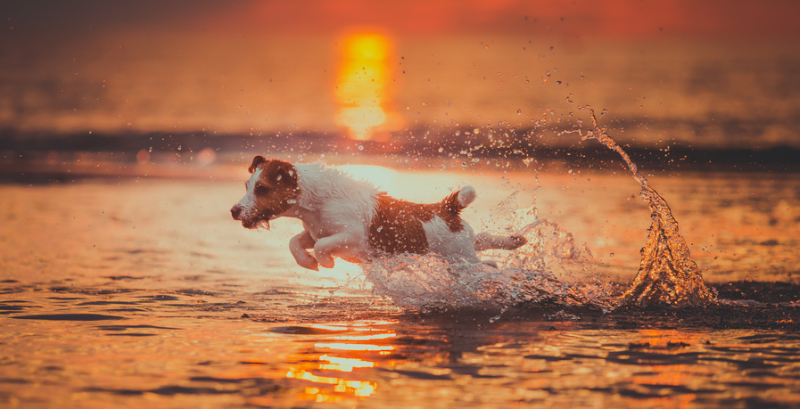 The chasing of game or sheep is of course a big problem. Chasing traffic is, besides being very annoying for the boss, also just dangerous. Chasing joggers and cyclists is terrible for those people, especially if they already have a fear of dogs. Some owners are even fine with chasing birds and cats, and chasing toys is something we all enjoy. What about hunting? Is it really a problem?

Dogs have a hunting instinct. This instinct tells the dog that it is very useful to chase after moving things. This can be cars, bicycles, joggers, other dogs, game, sheep… and cats.

Game and sheep are actually food for your dog, so that your dog wants to chase after them is very normal and logical, but undesirable. So you have to teach your dog that this is not allowed. So chasing after the other things is somehow a bit crazy, because a car, bicycle or a cat are not prey animals.

Why does a dog chase things?

Dogs may not know very well what is and isn’t useful to chase at first. So they chase anything that moves, trying to discover what the consequences are. Guess what? The chasing is always rewarded. Your dog may even start chasing things more and more. As puppies, they chase after toys or other dogs and run after children and cats…

But I don’t reward my dog ​​for chasing!

You may not (you do give your dog the chance to do it, by the way!), but the environment does. Your puppy runs after children, it will be rewarded. Whether or not your puppy can get to the kid and bite his pants, the chasing bit itself is hugely rewarding.

Substances are released in your puppy’s body, which give him a very nice feeling. So your dog will start repeating this behavior. So the runaway rewards your dog for chasing. Ever seen a dog chasing a tree? Or a building? Of course not, because those things don’t move.

I punish my dog ​​for hunting

The timing is very difficult here, because by the time your dog really goes, you’re already too late. If your dog comes back to you after his raid and you punish him, you punish him for coming back.

Your dog can only chase if given the opportunity to do so. And that’s where you come in. If you let your dog run free when he actually can’t yet, you make the chance of learning wrong behavior very large.

‘I’ll see what happens’ isn’t the most convenient setting, because if your dog decides to chase after the jogger or mountain biker, or take a bite out of the sheep… it’s not only annoying for that moment, but your dog has another learning moment and will repeat that behavior the next time. 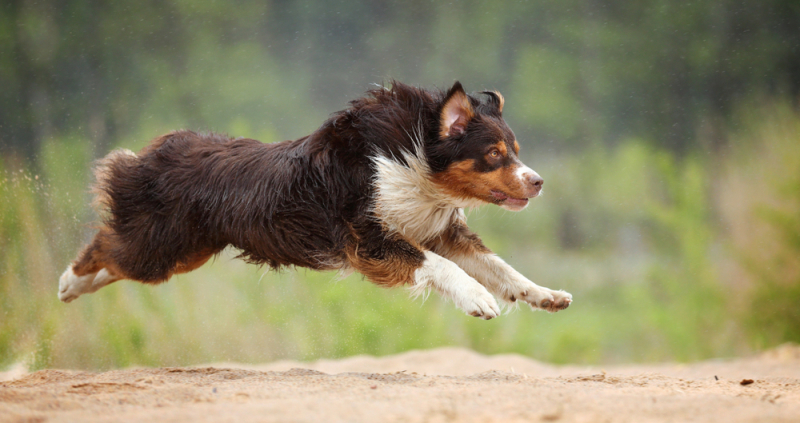 You know what’s pathetic? That another dog gets scared because your dog is going to chase that dog. Or that a sheep gives birth to the lambs too early because of the stress she had because your dog went after them. Or a fallen mountain biker who broke his shoulder.

And what can’t your dog do when he’s on a long leash of 20 meters? He can sniff, explore, play with you, move… what is he missing? Yes, chasing it. It takes some getting used to for you and your dog, but if you’re not sure if your dog can behave well off-leash, a long leash is a great solution.

Putting your dog on a long leash can be temporary or permanent. In any case, also start training on the off-leash line, because you want to let your dog go off-leash eventually, or in case your dog accidentally gets loose.

Practice getting here really everywhere; at home, in a parking lot, on the street, in the park, in the woods… it should become a kind of automatism. 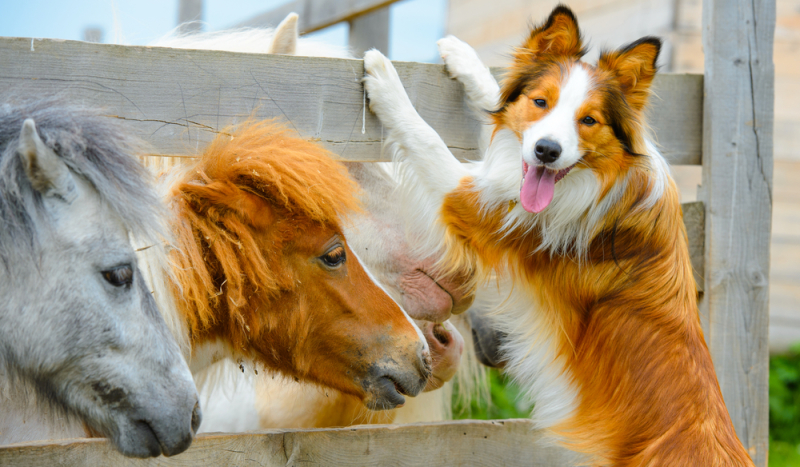 Hunting institute is an advantage

Yes, you read that right. Your dog’s eagerness to chase will benefit your training because you can achieve really great results if you start using the chase as a reward.

Try using some more play as a reward. And not a dull pulling game with a floss rope. No, we’re going for a Flirt Pole with a bit of rabbit fur on it, maybe even with an extra scent. If you use a food, throw it on the floor while rolling instead of stuffing it in the mouth.

No, because you make sure you get it under control. You will be the one who provides your dog with all kinds of fun hunting games. Your dog has a high hunting drive, there’s nothing you can do about that. If you don’t give your dog a chance to use his hunting drive at all, chances are your dog will become extremely frustrated. So go play Flirt Pole, fetch, track, cour… and you can link it all to that one word… ‘Here!’.

Do you have a puppy? Then take your puppy to places such as a petting zoo. Let your puppy get used to the smells of other animals, keep your puppy on a leash. Reward your puppy for quietly watching the animals and practice your ‘Here’ with rewards that are really valuable to your puppy.

Channel the chasing into fun games and be sure to give your pup a clear ‘start signal’ to chase something. And… make sure you can stop your pup too!

Which dogs are hunters?

Some breeds are more prone to chasing anything that moves. Every dog ​​has a hunting instinct, but some dogs have more than others.

Shepherds (especially the Malinois…) often have an enormous prey drive and chase after all kinds of things. Huskies and Staffords can also use it… Dogids and companion dogs often find chasing a waste of time. Greyhounds like to prey on small animals such as cats, but rarely on cars and bicycles.

Are you planning to buy a dog? So take a look at this point!