Aggressive dog; is your dog aggressive? 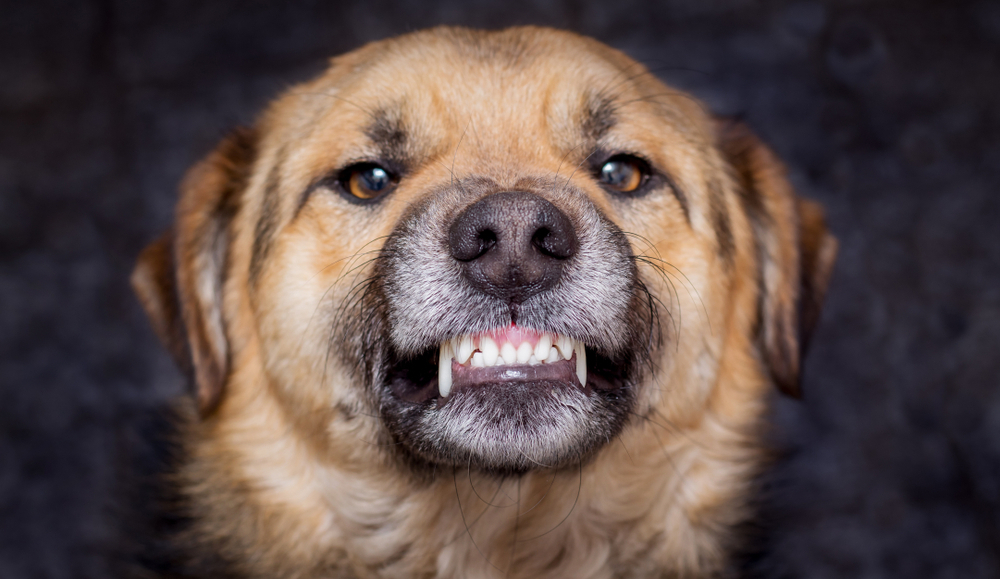 “Your dog is aggressive!!” For some the biggest compliment, for others a real disaster if someone labels your dog as an “aggressive dog”.

When do we put a card “aggressive dog” on it? Well…very often. But is it right?

Every animal (yes, also every boss, no matter how nice and sweet) is capable of showing aggressive behavior. Aggression is normal, and aggression has a function.

Couple; someone wants to abuse your child. Then you get angry. That is aggression, and using aggression to protect your family is often tolerated and understood.

Also Read: Is cuddling your dog safe and does your dog like it?

Often people ask “my dog ​​is just insecure and not aggressive?”. That’s actually an odd question. Usually, the dog is insecure, and as a result of the insecurity, he shows aggressive behavior. Being insecure or afraid is somehow “better” or more acceptable to us humans than being aggressive. While the dog suffers the most from insecurity.

Just like every human being can also raise their voice, curse, and rant, stamp their feet to show that you are really angry.

When is aggression a problem?

Aggressive behavior becomes a problem when out of control. No one enjoys walking down the street with a dog that lunges. That is a problem for both the owner and the dog, and often also a nuisance for the environment. If your dog can no longer function because he constantly uses aggression, that is a problem, and of course also if he starts harming others or gets the opportunity to do so.

It becomes a tricky situation when you as an owner do your best to protect the environment from aggression by leaching your dog and keeping it with you, and then other owners leave their dogs with your dog and they get bitten. This is from all sides (by the owners of the biting as well as the bitten dog) real annoyance number 1. And still, people continue to let their dogs to other dogs. That is actually incomprehensible.

What are aggressive behaviors?

The purpose of aggressive behavior:

Showing aggression or using aggression has roughly 2 goals: 1 is to damage / injure others, the other goal is to prevent a real conflict.

So if your dog barks and chatters with his teeth on his hind legs from a great distance, foaming at another dog, he may say “get away from me, look, I’m huge and strong, I can handle you, I’m going to shred you, get out now!”. It may also be that he says “boss, let me go because then I will eat the other dog”. The behavior can therefore be aimed at preventing a fight or creating a fight.

When standing still, fixing, and closing the mouth, the chance that the dog will try to avoid a fight is much smaller. The scary thing about this is that this form of aggressive behavior is generally poorly recognized by the owners. Then the attack comes “out of nowhere”, or “he just watches”, or “he doesn’t do anything”.

You have to see it a bit like this; if you want to attack someone in the park, don’t yell at that person from a great distance “I’m going to attack you later, watch out, I’m coming, pay attention!”. That makes the chance of a successful attack much smaller because the opponent can run away or get ready for a fight. 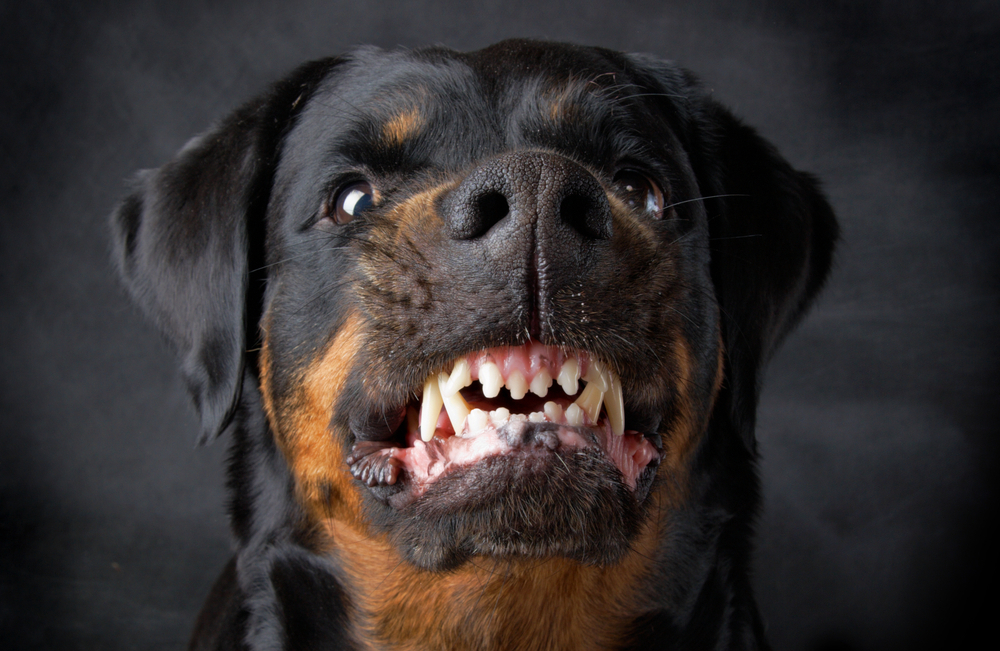 Is Aggression a Behavioral Problem?

Just like you sometimes scold; it doesn’t matter why you do that, but it’s aggressive behavior. That alone does not make you an “aggressive person”.

Can you turn a highly flammable hothead (for example, a dog that lashes out when he sees a strange person) into a sweetheart with angelic patience? New. Do you have to accept all aggression and learn to live with it? New.

Uncontrollable aggression is a problem, but the good news is that just as humans can learn to better control their behavior, so can dogs!

How do you keep it safe?

If a dog shows aggressive behavior, it is of course very important that no incidents happen. Being bitten by a dog is painful, often very impressive, and can have serious physical consequences too! A large dog that bites in order to harm you will bite a broken bone in your arm. Muzzle training should be included in any puppy basic training. Because you never know if it will come in handy later, but if your dog has already learned that as a puppy, wearing a muzzle is just much easier later on.

Another point is a safety harness and/or collar and a good, strong leash. Look here for additional information on dog harnesses, but as a rule of thumb use an anti-escape harness with a double belly strap. The collar should be wide enough, and with a strong, secure fastener. A small plastic clip is not strong enough for a 50 kg dog.

Get a sturdy leash with 2 snaps, so you can attach one side to the harness and the other to the collar. If something happens, your dog is not immediately loose.

How do you reduce aggressive behavior?

Suppose your dog shows aggression at strange men who approach him.

First of all, you’re going to make sure that doesn’t happen again; so help your dog not to have to use aggression. Then you start working on his emotion, the cause. If your dog starts to find strange men less exciting, he will no longer react with aggression.

Finding something less exciting can be done through scent training, visual training, and training on (self) control. How exactly does that work? That is slightly different for each dog!