Adopt a Boxer puppy? Everything you need to know about this playful dog breed 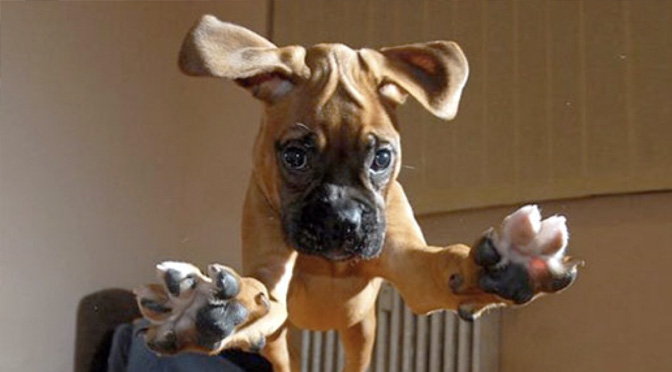 There’s a lot going on behind those dark boxer eyes. With its protective and playful character, this dog breed has already stolen the hearts of many families.

Boxers are good working dogs and are sometimes used as therapy dogs or in search and rescue teams. In their puppyhood, their silly nature makes everyone laugh. But be careful; while exploring new environments and getting to know new people, they can sometimes play some puppy tricks.

The distant ancestors of the boxer go back to 2500 BC, but the boxers as we know them today were first introduced in the late 19th century from century in Germany. They were descendants of the Bullenbeisser (“bull biter”), actually a larger version of the boxer. The Bullenbeisser was used to hunt large game such as wild boar, bison and even bears.

Today’s boxers may be a bit smaller, but still full of power and energy. Not surprising that the English gave them their current name, after the fighters in the ring. One game of tug-of-war with a boxer puppy is enough to know that he will throw all four paws into battle to play or defend himself.

For fans of “Keeping up with the Kardashians”, stars like Justin Timberlake and Kim Kardashian both love their boxers and have often had themselves photographed with this breed.

And now the most important facts about boxer puppies: 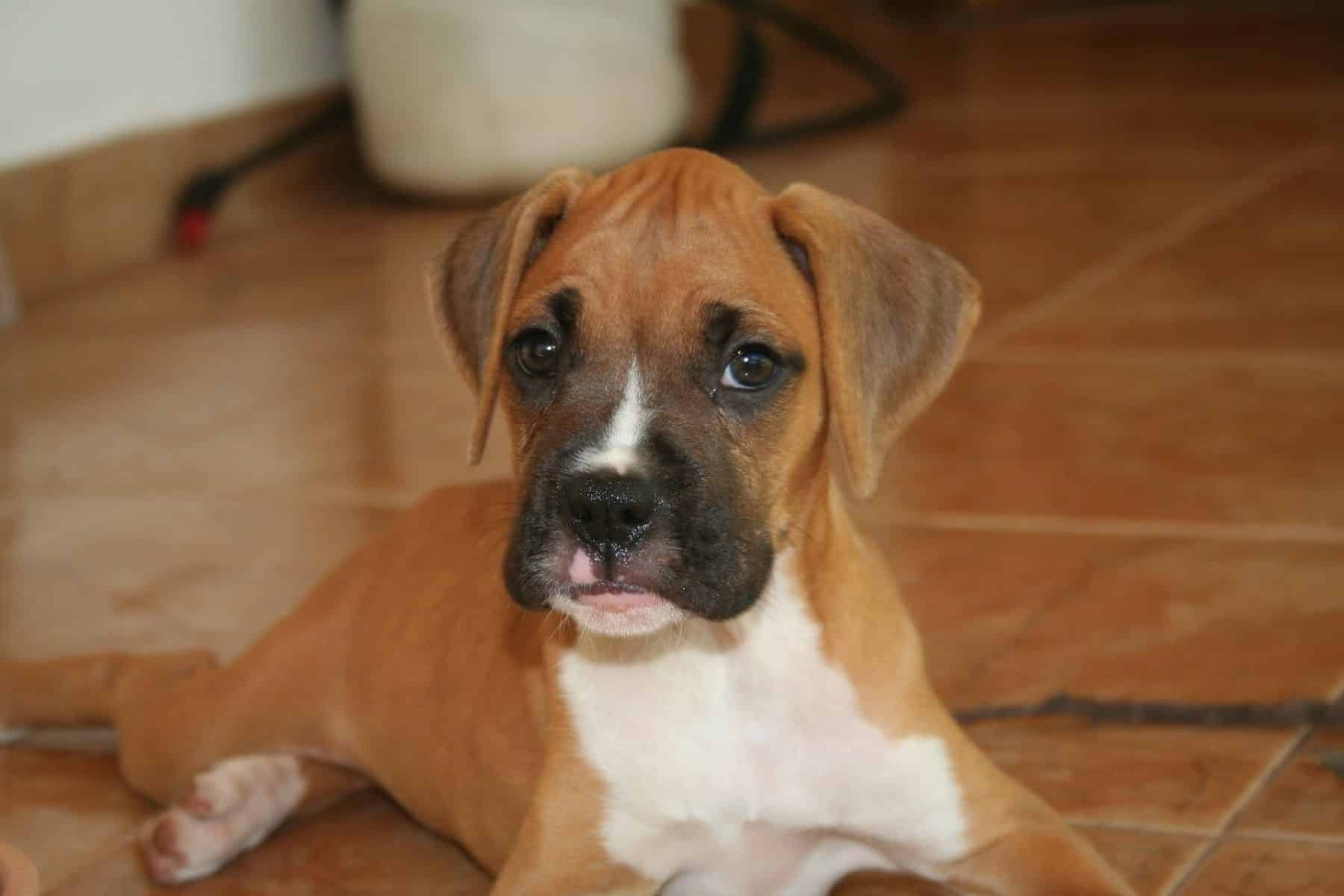 What kind of owner is looking for a boxer?

To become friends with a boxer you have to have a silly side yourself. Boxers love to jump around (and on top of their owner), so learning the “down” command is an important part of puppy training. Boxers are quick and agile and need to be kept busy in a variety of ways to keep their brains trained. They make good watchdogs, but they do need a little extra training to channel their protective instincts.

Fragile adults and small children, in particular, are easily knocked over by the bouncy boxer, so keep that in mind when deciding whether a boxer is the right dog for your family.

Whether you choose adoption or a breeder is a personal choice, but in either case it is important to do good research beforehand. Fortunately, there is a lot of information to be found and it will not be that difficult to find a shelter or breeder who offers healthy, responsibly bred boxer puppies.

As an owner, you also have to take responsibility by realizing what you are taking into your home. Whether your dog comes from a responsible breeder or being adopted, it is certain that you bring an energetic and sweet dog into your home.

Although you may not have expected that, puppies of this breed are also offered for adoption or re-homing. Often these dogs come from people who no longer want the dog because he or she no longer fits into their way of life or because the breed is less suitable for them. As a result, many dogs and puppies are looking for a new home.

The main difference between a breeder and a shelter or shelter is that a shelter will not always have young puppies. On the other hand, the dogs that are offered for adoption through the shelter have already been chipped, sterilized or neutered. So you get a dog that is already toilet trained and no longer needs surgery. Another option is to look for a cross with a boxer. Then you get everything you love about this breed plus something extra.

On the internet you can easily find boxers looking for a new owner. There are also good lists where boxers are offered for adoption or re-homing.

The first step is to do good research. Unfortunately there are many puppy factories posing as reputable breeders and also online scams is common. Beware and look on online forums for experiences of others when purchasing your future family member.

Ask questions, make an appointment to meet the parents or mother of the puppy and follow your gut feeling. If you don’t feel good while visiting a breeder, or if the puppy is too great to be true, there’s probably something wrong. You can also find lists of find breeders that have to meet strict guidelines.