Welsh Corgi Pembroke and Welsh Corgi Cardigan: all about these little canine breeds 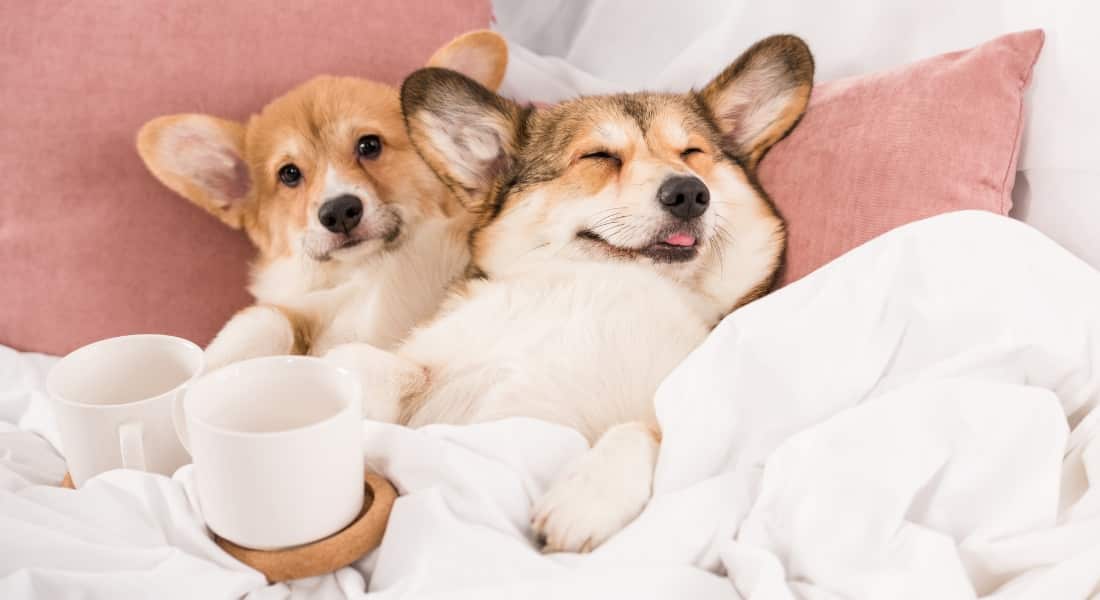 The Welsh Corgi Pembroke and the Welsh Corgi Cardigan they are races very similar and of the most pleasant as domestic dogs. Are strong, athletic, lively, affectionate and sociable. Until 1934 they were considered a single breed, but really they are two different breeds of dog.

But there are still many more aspects about these breeds that we need to know if we want to have them as companion dogs.

Of the two the Cardigan is the oldest and hails from Cardiganshire, Wales, UK. It is believed that around 1200 BC they were carried by Celtic tribes and used as farm guardians. It could come from the same lineage as the Keeshond, the Schipperke, the Pomeranian, and the Swedish Vallhund.

On the other hand, the Pembroke, It is believed to come from the same family as the Keeshond, the Chow chow, the Samoyed, the Finnish Spitz, and the Norwegian Elk hound. Despite being the younger race of the two, its origin can be traced back to 1107 AD. It is believed to have been introduced to Wales by Flemish weavers in the 12th century, developed in Pembroke shire and used for herding cattle.

El Pembroke over the years it became more popular than the Cardigan, as it became the Favorite pet of the Queen of England. Today, the Pembroke remains the famous mascot of the British Royal Family.

For a long period of time both races were considered as one, It wasn’t until 1934 that the American Kennel Club (AKC) decided that the two had enough differences to classify them as different races.

Both were and are used for the grazing, Nevertheless, the Cardigan it is used mainly in canine sports, like agility, flyball, obedience, etc. and el Pembroke, Due to its role as the official breed of the British court, it is most viewed as service dog.

The dogs of the breed Pembroke they are a bit smaller and lighter than Cardigans. But in general in both races their heights They are around 25-30 cm. its weight is usually between 10 and 12 kg and its Life expectancy is between 12 and 14 years old.

Los Pembroke they have one very short tail or amputated and smaller ears. And the Cardigan have a long, stretched and thick tail and bigger ears, separated and rounded.

Another difference is its fur, that of the Pembroke is medium to long, smooth and with dense undercoat, red, black, beige or black and tan. And the Cardigan’s hair is straight, hard and of short-medium length. This presents a greater variety of tones such as brindle, red, sable, black and white, tricolor and blue blackbird.

Both are races that need exercise every day and a lot of love. The long ones daily walks and games they satisfy them, since this stimulates and works both their physical and mental part. They like interactive toys, since they are very intelligent dogs and these beneficially stimulate them.

They are dogs that like human company and be part of a family. It’s an animal very faithful,
nice, obedient and with a large capacity of adapt to changes. He is very good with children, the elderly and other animals.

To be balanced dogs, we must provide from puppies a good process of socialization and
education. Both breeds, due to their protective character and tendency to bark, are very good as guard dogs.

But there are also behavioral differences between them. The temperament of Welsh Corgi Pembroke he is affectionate, intelligent, calmer and more familiar. And regarding their character they are more sociable and more affectionate.

The Cardigan He is intelligent, dominant and active, due to having a great herding instinct, and he is brave, gentle and protective.

Because it is two genetically different breeds, both have a predisposition to different diseases, without forgetting that the two races are very resistant, strong and healthy. But it should be noted that both races due to their spine anatomy, are more predisposed to suffer diseases of the intervertebral discs.

The Cardigan is predisposed to few inherited diseases. The most common causes of death are due to aging and cancer, that is, these two causes are unavoidable, although cancer can be treated. Other pathologies that have been diagnosed in this breed are: hip dysplasia, elbow dysplasia, progressive retinal atrophy, cataracts, obesity, etc.

And on the other hand, el Pembroke, presents a slightly longer life expectancy than the Cardigan and like this one has a predisposition to few inherited diseases. Some pathologies that have been diagnosed in this breed they are: hip dysplasia, progressive retinal atrophy, cataracts, degenerative myelopathy and Vol Willebrand’s disease (abnormal coagulation), obesity, etc.

It should be noted that not all these diseases will happen to the same animal, they really are strong and healthy breeds, However, these diseases that we cite are those that have suffered in their history as races.

The daily amount will depend on the type of food, the animal’s age, weight, physical activity and physical condition. Food can be offered in one serving or up to three.

Although both breeds have differences in their type of coat, both have a very similar care, they must be brushed between once and twice a week at most. And when they shed their hair, they can brush two to three times a week.

With respect to bathroom, it is advisable to do it every six weeks and without using chemical agents with artificial aroma. It is advisable to use natural lotions and soaps, rich in vitamin E and Aloe vera.

Finally, it must visit the vet every six months for a routine visit and every time something unusual is observed in the dog.

Q. How many puppies does a Corgi usually have?

A: In general, Corgi usually have between 2 and 4 young and must reproduce with another Corgi of the same breed, but without a family union, since consanguinity can produce and aggravate the genetic problems of the breed, such as intervertebral disc diseases. .

Q. How long does a Corgi last, that is, what is its life expectancy?

Q. What Corgi does Queen Elizabeth have?

A: The Welsh Corgi Pembroke and for this reason it became more popular than the Cardigan, being the famous mascot of the British Royal Family.

The Welsh Corgi Pembroke y el Welsh Corgi Cardigan They are really good breeds to have as a pet, since they are dogs with spectacular characteristics, however it is important to bear in mind that like all dogs they need a good education, socialization and daily time to be balanced, healthy and happy pets.